It is known from archaeological studies that the Caribbean islands were settled many years before the arrival of Christopher Columbus in 1492. The first inhabitants were Cibony Indians who migrated from the Amazon area of South America over 2000 years ago! They were cave dwellers who survived by fishing, living off wild fruits and hunting indigenous animals.

Around 1 A.D these Cibony Indians were overrun by the Arawaks who came from the northern bank of the Orinnco River in Venezuela. They cultivated vegetables, shrubs and fruits, and fished using nets and hooks. They excelled in the field of art and handicrafts, producing some of the finest pottery of the time. 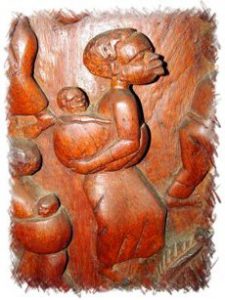 The Carib Indians, also from the Orinoco Basin area, swept through the islands around 1000 A.D. driving out the Arawaks. The Caribs were a seafaring people, hollowing out the trunks of silk-cotton trees with fire and stone axe to make their canoes. It is believed that, seeing the reefs surrounding Carriacou, they named the island “Kayryaouacou” meaning land of (many) reefs.

Columbus sighted Grenada in 1498 on his third voyage to the Caribbean and named the island Conception. Grenada, Carriacou and Petite Martinique eventually became the scene of bitter rivalry between the French and British before they were finally ceded to the British in 1783.

In 1974 Grenada was granted its independence from Great Britain, and became the tri-island state of Grenada, Carriacou & Petite Martinique.