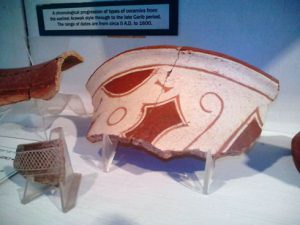 There is a colourful collection of Arawak and Carib artifacts including beautifully painted pottery, decorative adornos, fertility fetish torsos, and a volcano shaped religious zemi (or cemi). Also on display, there is a collection of spindles and loom which the Amerindians used to weave cloth, as well as a rare Carib canoe. 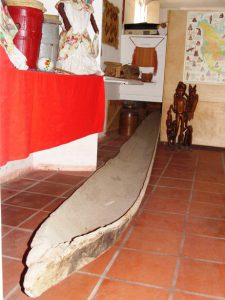 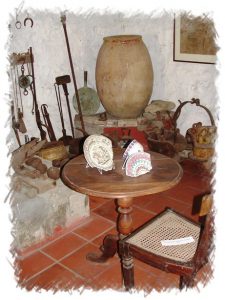 There is an extensive collection from French and English occupation times of domestic and medical bottles, old coins, clay pipe bowls as well as furniture, glassware, pottery, cannon balls and firearms. Also on display are photocopies of the 1784 English survey map of Carriacou. 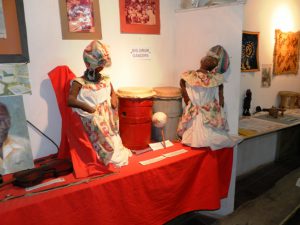 The African heritage can be visibly traced through displays of tribal dress, wood carvings, decorative wrist bands, necklaces, and the African culture of the Big Drum dances. Two drums are on display together with some “chac-chacs,” an instrument made from calabash gourds containing dried seeds. These are used in Carriacou Nation dances which are directly linked to nine African tribes that originally settled in Carriacou.